{This post originally appeared on be whole. be you. clean eating blog home of the radiant, truth-telling Lorie Yarro. Lorie spouts wisdom regularly at The Yoga Bar on Tuesday evenings and Wednesdays at noon. We can't recommend her, or her delicious eats, enough.}

At the beginning of many yoga classes, we find ourselves in a gentle forward fold as we slowly open up the hamstrings and ease our bodies into inverting. Forward folds can give us so much release especially after a long, stressful day. In classes I teach, I like to have everyone draw awareness to the head, neck, shoulders and jaw in this first fold. Just a shake of the head, a wiggle of the jaw or a blinking of the eyes can do so much to allow us to release the tightness from the day. Letting this tension go early in the class makes everything that follows so much lighter.

Several years ago, one of my favorite yoga teachers had us in this same forward fold, uttanasana, and had us begin shaking our heads yes and no to relieve the day’s tension. What I didn’t anticipate was that in this ever so typical moment, she would say something that would change my perspective in life completely. As we began shaking our heads back and forth, she offered her own wisdom that took the action beyond the literal. She said, “Shake your head yes and no. And as you do so, decide which one you need to do more of in your own life. Do you need more yes’s or no’s? Which do you have a harder time saying when you know it’s what you really need…” She continued on, but that was really all I needed to hear.

There I was, hanging upside down, and it was as though I was a deer in headlights. Everything stopped in that moment. It was so clear. I was the ‘yes’ person. As I physically nodded my head yes, I realized that this was something I had become so accustomed to in my everyday life that allowing my body to physically do the opposite just didn’t have the same reflexivity. I was so accustomed to saying yes. If someone needed me, I was their girl. Need an extra helper? Sure, why not! Pick up that extra shift? Well… okay. No matter what was on my own plate, I could still find some way to shift things around to fit more and more so that I never made anyone upset or had to hurt their feelings by saying no.

As I inhaled to rise up in class to my mountain pose, I closed my eyes. I knew what the simple words the yoga teacher said meant for me and I knew I needed to make a change. From this moment forward, I needed to learn to shake my head. “No” needed to become part of my vocabulary since the only real practice it ever got was when I was saying, “No Problem” and that doesn’t count!

Over the past few months or so, I have been reminded of this same class that changed me. I have certainly gotten out of practice of using the word “no” lately. I have been filling my plate with helping after helping of “yes’s” and I can honestly tell you it’s not doing me very much good. The problem with saying “no” in my own mind is that I am going to let someone down who depends on me. But back in that yoga class, I realized that if I say yes and I can’t be fully present to the person or task at hand, then I am really not being of any help. And at that point, my own integrity is no longer valid. So, saying no is actually more beneficial than saying yes. Sure I have to force myself sometimes to let go of the guilt that seeps in, but let’s be honest, I don’t do things half way or just mediocre and I am sure you don’t either.

Now let’s not forget the opposite end of the spectrum. It’s possible you are a “no” person. You shy away, you hold back, you don’t commit. What does it look like and what does it mean then to allow more “yes’s” into your life? How do you move past the fear of taking the bold and brave step into unknown territory? How do you move past the layers of excuses? Learning to say yes can be just as tough as it is to learn to say no. And there is no handbook that tells us the answers. (Wouldn’t that be nice?!)

Whatever the case, we all need to find balance between the yes’s and the no’s. We need to nod and we need to shake our heads. We need to understand what’s best for us in each situation and what will allow us to be fully present to whatever it is we commit to. And just as with yoga, this is a practice, a challenging practice for most.

So maybe tonight, you stand with your feet hip width apart, knees slightly bent. You hinge at the hips and bow forward allowing the arms and the head to dangle. Perhaps you catch opposite elbows with your hands. And after a few slow breaths, you explore your yes’s and no’s. I am sure before you even do this exercise, you know which you need to be inviting more of into your life. Is it yes? Is it no? Whatever it is, make the change in direction. Decide which way you need to start shaking your own head. And then live it. And see what a difference this new 2 or 3 letter word can really have on your life.
Read more at http://www.bewholebeyou.com/2015/09/21/shake-your-head-recipe-no-bake-german-chocolate-cake-bites/#t6hIJzY6KGg0AqBp.99
Got something to say? Let us know! Send your own ideas and questions for yoga drunk to blog manager Amy Thornley: amythornley at gmail dot com 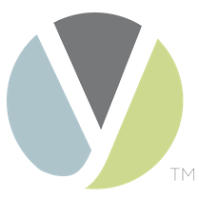